The cutlets are stuffed with a vegetarian stuffing replete with celery, onion, mushrooms, spinach, dried cranberries, and sourdough bread. The dish is cooked in a cranberry-based sauce on an iron skillet to add a pop of sweetness and a traditional holiday feel. 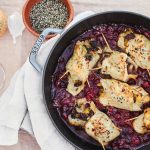 This rolled stuffed turkey breast recipe takes a spin on the classic whole turkey with a skillet version and a vegetarian stuffing. 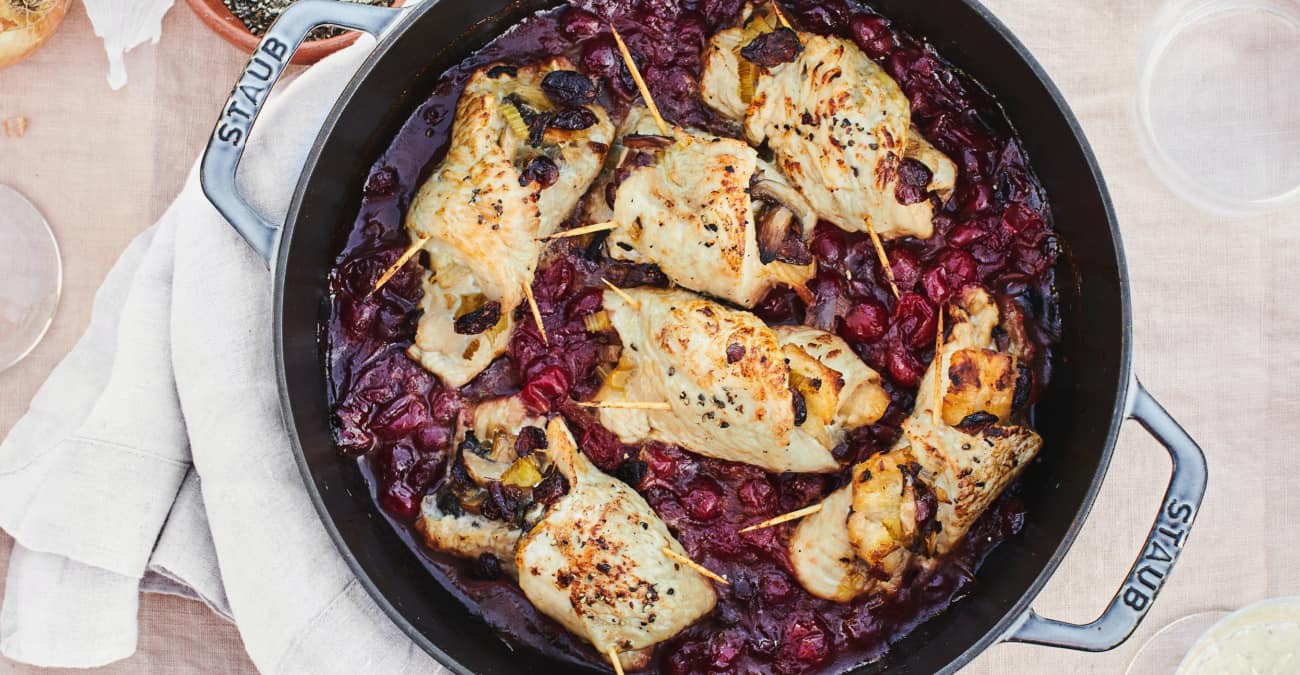