10 Foods You Don’t Realize Are Packed With Sugar 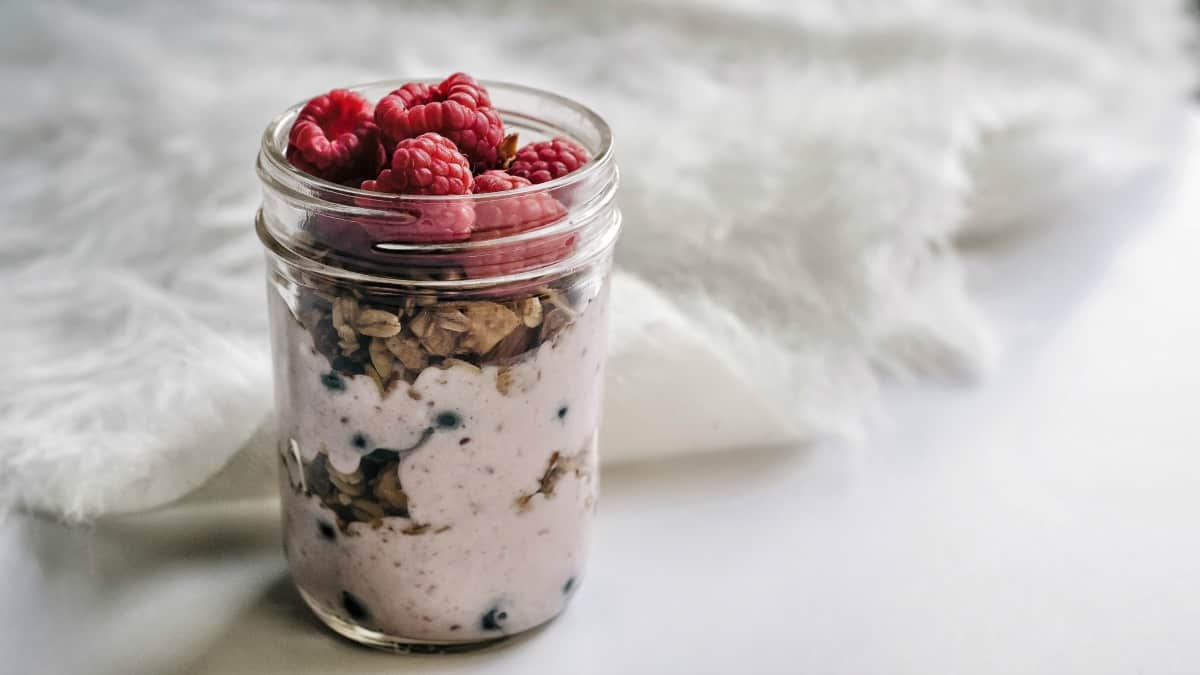 This article originally appeared on Livestrong.com.

Humans are genetically hard-wired to crave sugar, but too much of it can cause havoc on our bodies. Some nutritious foods such as fruit and milk contain naturally occurring sugars, but added sugars are sugars and syrups put in foods during preparation or processing or added at the table. “Added sugars are a concern because they supply lots of empty calories, but zero nutrition,” says Karen Ansel, M.S., RDN, author of “Healing Superfoods for Anti-Aging: Stay Younger, Live Longer.”

The American Heart Association’s daily daily recommendation for added sugars is no more than six teaspoons of added sugars (or 25 grams) for women and nine teaspoons (or 36 grams) for men. While it’s obvious that cookies, ice cream and doughnuts are sweet because of added sugars, there are other foods — such as savory sauces, popular condiments and whole-grain products — that might surprise you in terms of how much sugar they contain. Read on to learn about 10 unexpected foods that can be loaded with sugar.

At its essence, yogurt is a healthy food. It provides calcium, potassium, magnesium, protein and probiotics, those “friendly bacteria” important for gut health. But whether it’s regular or Greek, many fruit-flavored varieties are loaded with added sugars. Even low-fat flavored yogurts can have as much as 33 grams of sugar per eight-ounce serving. (Note that some of this sugar — about nine to 16 grams per eight-ounce serving — is naturally occurring in the milk yogurt is made from, but the amount of added sugars in these sweetened yogurts can still easily equal the amount found in a doughnut.) Misti Gueron, M.S., RDN, an LA-based diabetes and nutrition educator, recommends choosing a yogurt with less than six grams of added sugars like unsweetened Greek yogurt. To add flavor and cut the tartness of plain yogurt, toss in some fruit of your choice.

Did you know that putting ketchup or barbecue sauce on your burger could give you a sugar boost? “We don’t realize that condiments are a really big source of added sugars. Adding just a tablespoon of ketchup to your burger packs a teaspoon (or four grams) of added sugars,” says Ansel, M.S., RDN. “Make it a tablespoon of barbecue sauce and you’re looking at 1.5 teaspoons (or six grams) of added sugars.” For a better option, Ansel recommends mustard, which is practically free of sugar. From classic yellow and dijon to whole-grain varieties, there are many flavors of mustard to chose from. Or, for an even healthier topping, enjoy some mashed avocado on your next burger or sandwich.

Fruit in light syrup, such as fruit cocktail, packs in more than 25 grams of sugar per one-cup serving — that’s not very “light.” While draining the syrup is a step toward reducing the added sugars, that fruit still has much more than you might realize. A better option is to choose canned fruit that says “no added sugar;” however, these are sometimes sweetened with Splenda or other artificial sweeteners, so read the label if you are trying to avoid those ingredients. Your best bet: Go for fresh fruit. Portable and refreshing, three-quarters-of-a-cup of fresh grapes contains just 90 calories, is an excellent source of vitamin K, provides a variety of antioxidants and has no added sugars.

Souped-up waters and drinks touted for energy are not only often spiked with caffeine, they are typically loaded with added sugars. A 20-ounce bottle of a Vitaminwater has eight teaspoons (or 32 grams) of added sugars, and a 16-ounce can of Red Bull has more than 12 teaspoons (or 49 grams) of added sugars. A better bet? You guessed it: plain water. If you want more flavor than regular water is able to provide, look for fruit-infused flat or sparkling waters like La Croix that have no added sugars, or make your own at home by adding citrus or a splash of 100 percent fruit juice.

It might sound like a health food, but granola is often sweetened with added sugars like corn syrup, honey, dextrose, brown sugar and brown sugar syrup. “A half-cup can deliver 3.5 teaspoons (or 14 grams),” says Ansel, M.S., RDN. In addition, some granola is encased in a chocolate or yogurt coating, which ramps up the added sugars even more. “We love granola for its crunch, but you can get the same crunchy goodness from crumbling lightly sweetened whole-grain cereal and mixing it with some chopped nuts,” suggests Ansel. For a snack or topping with no added sugars, pistachios add a satisfying crunch and provide a trio of plant protein, fiber and healthy fats that can help you feel fuller for longer.

First you were worried about the refined carbs in the pasta, and now it’s the sauce that’s being called out. Most commercial tomato-based pasta sauces are packed with sugar, which is often added to the sauce to make it less acidic. While they taste savory and not sweet, a half-cup serving of pasta sauce has between six and 12 grams of sugar, similar to the amount in a chocolate-chip cookie. Look at the food label of your favorite marinara sauces and choose a “tomato sauce with few ingredients and no added sugars like corn syrup,” says Gueron.

The holiday season would not be complete without cranberry sauce and sugar cookies, but who knew they could have similar amounts of added sugars? “Even though we think of it as healthy, cranberry sauce is packed with added sugars, with a total of five-and-a-quarter teaspoons (or 21 grams) of sugar per tiny quarter-cup serving,” says Ansel. Since cranberries provide powerful antioxidants and an array of nutrients (including vitamin C and fiber), rather than cutting out the cranberry sauce, simply cut down on the added sugars. “Instead of buying canned cranberry sauce, make your own with fresh cranberries and add half the sugar that the recipe calls for. It will still be plenty sweet,” suggests Ansel.

Harvard researchers found that peanut eaters have both heart and longevity benefits thanks to peanuts’ healthy, naturally occurring fats. Unfortunately, many of the peanut butters on the market, even the ones touted to be “all natural,” are packed with additives and added sugar. In fact, the worst offenders are the peanut butters marked “reduced fat.” After all, if you take something out, you have to put something in, and the lower-fat versions pump up the sugar to try to adjust the taste. To maximize the health and nutritional offerings of peanut butter, it should have just two ingredients: peanuts, of course, and maybe a little salt. That’s it.

While you may know that jam on your toast has added sugars, you might not realize the toast itself is a culprit. A dietary staple, the average slice of processed bread can have as much as three grams of sugar. While some sugar is formed naturally in the baking process, it’s often added too. Gueron recommends reading the labels and choosing a bread with one gram of sugar or less per slice. “I recommend whole-grain, sprouted breads without honey, sugar or other additives, such as Ezekiel bread,” says Gueron.

A heart-healthy and fiber-rich way to start your day, oatmeal is a top choice for a power breakfast. And while you can control how much honey you drizzle on at home, many fruit-flavored instant packs have more added sugars than you may realize — packing in almost three teaspoons (or 11 grams) per packet. When choosing packets of oatmeal, look for the “reduced sugar” varieties with closer to 1.5 teaspoons (five or six grams) of sugar per packet. Or, better yet, if you don’t have time to make a pot of oatmeal, use the plain instant oatmeal packets with just one gram of sugar each and top with fruits like berries, sliced peaches or diced apple and cinnamon.