The Power of Saying No | Patricia Bannan, MS, RDN

The Power of Saying No 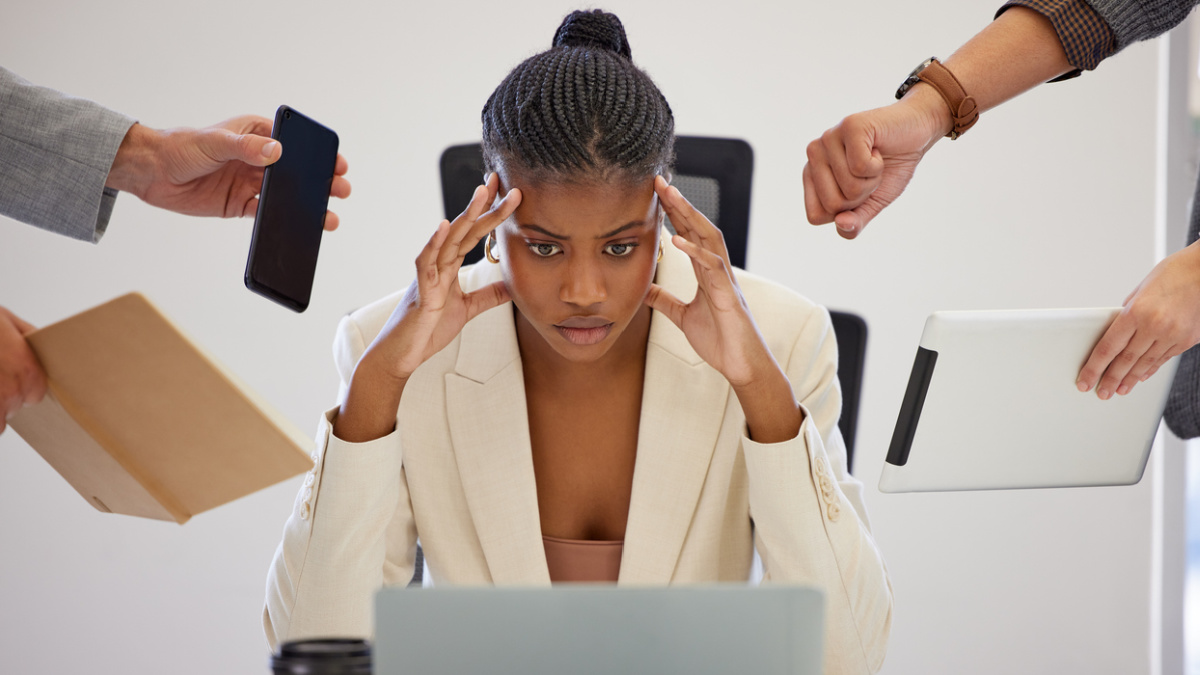 The power of saying no isn’t spoken about enough, but it is the key to unlocking the true you. So here are key reasons why saying no is so important, and where to start.

One of the best habits I developed as I healed from burnout was learning to say no. These days, I remind myself: If you can’t say no, you can’t say yes. This has become my mantra when I’m hovering in the gray area of whether or not I want to commit to something.

Saying no was hard to learn! I’m a pleaser by nature, and I’m driven—I like accomplishing things and crushing goals. But by saying yes to everyone else, I was saying no to me. Which left me with less time and energy to give to those I love most.

Through my journey, I’ve gathered key lessons along the way. And I’m sharing them with you so that you can take the steps forward to prioritize you when you need it most.

Women and The Expectation to Say “Yes”

Know this: If you feel like the world expects women to say yes, you’re right. Research at Rice University in 2014 confirmed this. As natural caregivers, women are expected to step up and take on extra tasks (administrative duties, party planning, etc.)—and our peers’ and managers’ impressions of us are affected when we decline the additional work. So what can you do about it?

If you’re burned (or burning) out, you can’t keep doing what you’re doing. And if you aren’t sure if what you’re feeling is stress or burnout, there is a whole other article just for that.

You have to free up some time and space—and that means learning to say no. Eventually you’ll add too many things to your plate that you’ll start to crumble. And at that point, the hill to climb will increase to a seemingly insurmountable summit.

The good news is that what is added to your list is largely up to you. Surprisingly even more than you realize.

Why Saying No is SO Important

First and foremost, saying “no” can ignite the spark inside you to step into who you’re meant to be. As you get older, your gut feelings will often get stronger. When you know someone expects you to say yes, but you know that saying no is what’s best for you, don’t silence that inner voice.

Stepping into the version of yourself that sets needed boundaries will help you regain the power to live the life you want, rather than let other people choose it for you. And the people who respect those boundaries, are the ones that are worth keeping around. You’ll slowly start to see your inner circle get smaller, but stronger than ever before. You’ll have a strength you didn’t know existed. 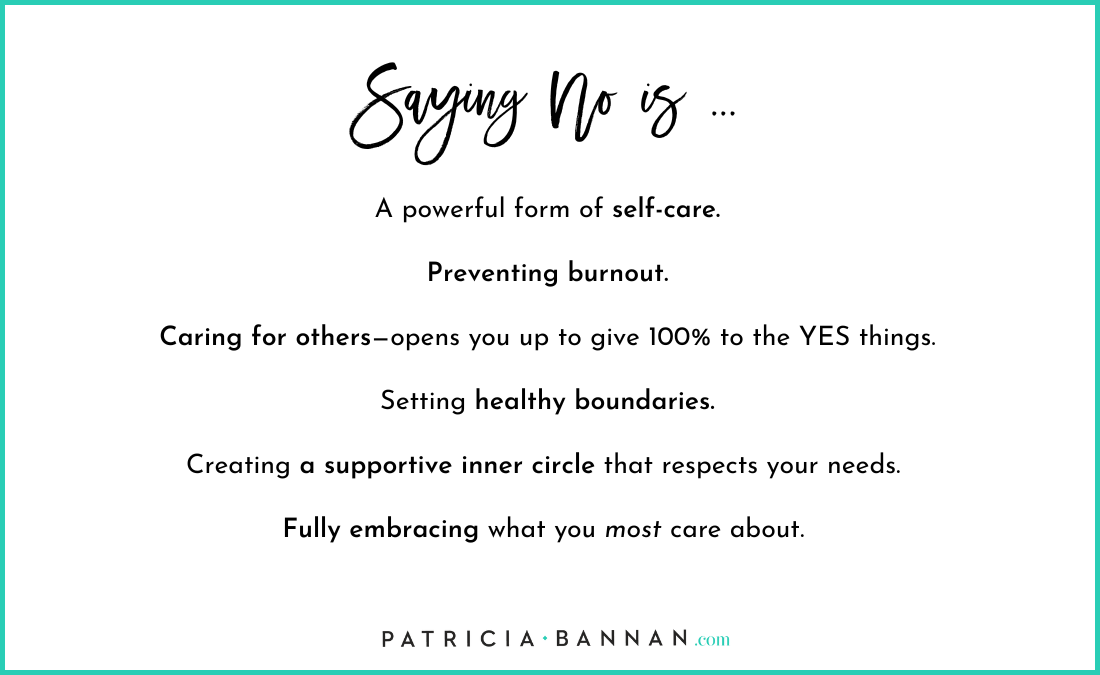 3 Steps to Learn to Say No

Putting the intention out there to say no more often, and actually doing it, are two completely different things. So to help your thoughts and actions align, here are a few tips to help you learn to say no.

Practice saying no and declining invitations from people you know won’t hold it against you. Skip this month’s book club, tell your sister you can’t help plan Thanksgiving, or let your coworker down gently when they ask you to bring in dessert. As you gain confidence, you’ll be able to decline more—and bigger—asks.

How many times have you prefaced your no with “I’d love to, but . .  . ”   or “I wish I could . . . ”? Same. That polite intro to your refusal leaves open the window of opportunity. It turns your no into a maybe. Before you say no, take a deep breath and dive in—but leave out the first part. (And don’t follow up with “Maybe next time,” unless you really mean it.)

Researchers in 2011 found that shifting your response from “I can’t . . . ” to “I don’t . . . ” was a more effective way to say no. The latter implies that saying yes would violate your personal rules or habits, while the former feels like that no might be up for debate. So, instead of saying “I can’t help with the class Halloween party,” you might say, “I don’t have the flexibility to leave work during the day.”

One of the vital parts about the power of saying no is learning to lean into it, and not looking back. “No” can be a powerful word, and knowing when you need to use it can be life changing. Start by taking one step above, and unlock a new and even more powerful version of yourself starting today.

Find Your Way of Saying No & Own It

And remember, there is no right or wrong way to say no. The goal is to find a way that feels natural to you! However you choose to say no, aim to own it. When women learn to say no with grace and confidence—rather than with apologies and guilt—they create important modeling for other women to do the same.

Learn More: Listen to my Podcast interview with Ellie Krieger as we discuss the power of saying no! 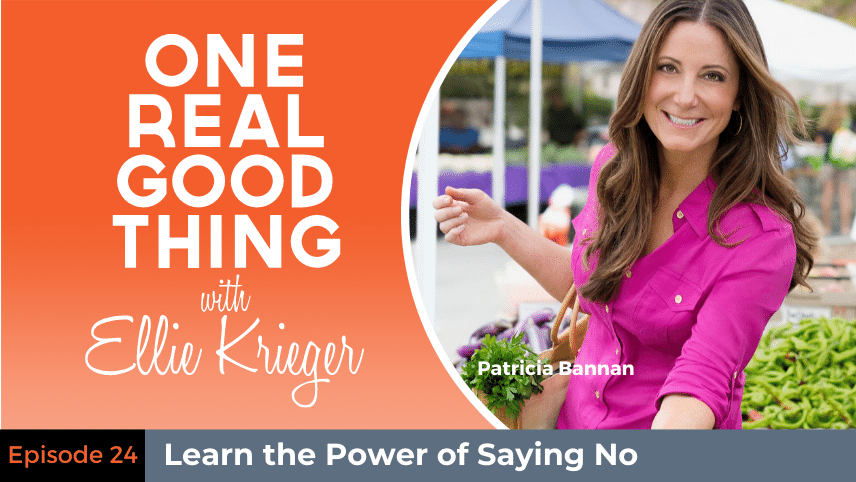 If saying no feels like only the tip of the iceberg to overcome your feelings of stress or burnout, stay inspired with more insights in my book, From Burnout to Balance: 60+ Healing Recipes & Simple Strategies to Boost Mood, Immunity, Focus & Sleep.