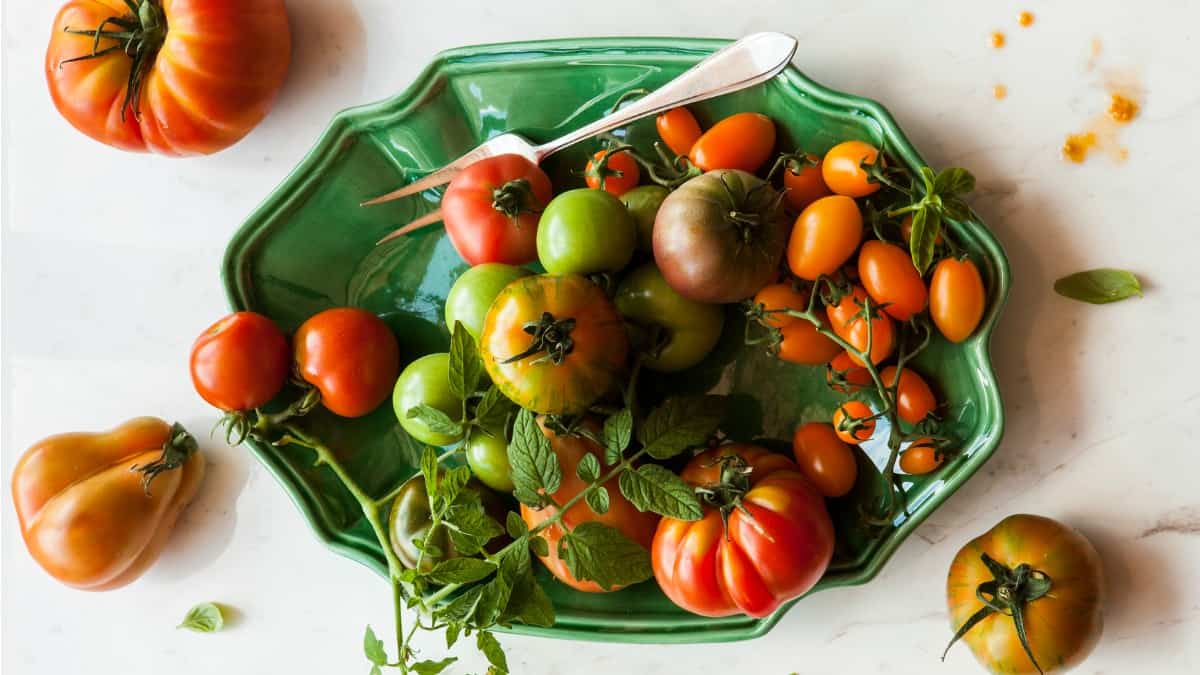 Inflammation is part of the body’s immune response that helps us heal. It’s what happens when you get a splinter and the whole area turns red and gets a bit puffy – that’s your immune system at work helping fight off any viruses or bacteria that might have gotten in, and that’s a good thing.

But when inflammation is constant or out-of-control it can damage the body. While experts have always thought anything with an “itis” at the end involved ongoing inflammation – such as arthritis or appendicitis, recent research shows that a much larger number of diseases, including heart disease, certain cancers, and possibly Alzheimer’s disease may also be triggered in part by chronic inflammation. Do your body a favor by including the following anti-inflammatory foods in your diet.

Tomatoes and Tomato Products: Juicy red tomatoes are extremely rich in lycopene (a healthy plant-based compound that gives fruits and vegetables a red color), which has been shown to reduce inflammation in the lungs and throughout the body. Cooked tomatoes contain even more lycopene than raw ones, so tomato sauce and tomato soup works well, too. Even tomato ketchup contains lycopene. In addition, a 2013 study published in the British Journal of Nutrition found that tomato juice consumption was also beneficial.

Virgin Olive Oil: A staple of the Mediterranean diet, virgin olive oil is a great way to add some anti-inflammatory action to your favorite foods. A review of the compounds in virgin olive oil found that they act on a variety of inflammation markers found in the body. In fact, one study found that the Mediterranean diet’s myriad health benefits may be largely due to its liberal use of olive oil, especially the extra-virgin kind. Adding a little fat to your vegetables will also help you absorb certain (fat soluble) vitamins better, so try adding a drizzle of virgin olive oil to roasted peppers and onions for a nutrient-rich side dish.

Blueberries: While everybody has heard of blueberries, you may not know the compound responsible for their namesake color: anthocyanin. This beneficial plant-based compound (or polyphenol) is thought to be responsible for many of the positive effects of blueberries in the diet. Blueberries are also an excellent source of vitamin C, which is necessary for the growth and development of tissues and wound healing. Vitamin C acts as an antioxidant, helping to protect cells from the damage caused by free radicals. One cup of blueberries provide almost 25% of your daily value for vitamin C.

Whole Grains: Start your day off right by including some whole grains for breakfast, as opposed to refined grains, like white bread or sugary cereal. A study of 80 obese participants found that those who ate a whole grain cereal during the 8-week study showed a decrease in an inflammatory marker in the body. Researchers think one reason for the anti-inflammatory benefit is that whole grains have more fiber than refined grains, and fiber has been shown to reduce a marker for inflammation in the blood. Look for foods with a whole grain (such as whole wheat or whole grain oats) as the first ingredient to make sure you are getting the benefits.

Cruciferous Vegetables: Research suggests that eating a diet rich in cruciferous vegetables (such as broccoli, cauliflower, bok choy, and Brussels sprouts) may help reduce inflammation in your system. A study that looked at the dietary intake of over 1000 women found that those with high intakes of cruciferous vegetables had lower levels of inflammatory markers. Cruciferous vegetables, as well as dark green leafy vegetables, also tend to have higher concentrations of vitamins and minerals—like calcium, iron, and disease-fighting phytochemicals. Since they can cause intestinal gas, if you’re not used to eating these kinds of vegetables, start adding a serving each week to give your body some time to adjust.